As a consumer, frequent flyer programs are exciting, engaging, and rewarding to participate in. Frequent flyers not only receive discounted airlines tickets, they can redeem their points for everything from overnight hotel stays to car rentals, magazines, and more, thanks to a significant amount of program partners.

As a program manager, providing such benefits engages customers and builds brands loyalty. Of course, in an ideal world, the revenue generated from these loyalty programs would exceed their costs.

Yet, while loyalty programs have been a staple of the airline industry since 1981, benchmarking data is limited.

Last month, we launched a series on loyalty program benchmarks to uncover valuable insights for our readers. The goal: to establish key benchmarks across industries that utilize loyalty programs as essential revenue generation strategies.

Our benchmarking series carefully examines the publicly available financial information regarding each of the following program attributes:

The first piece in our series gave readers an inside look into the hospitality industry. Now, we turn our attention to the airline industry.

For this installment, we examined a large subset of US and international companies, including:

In examining the results of this study, we hope you take away valuable insights for your loyalty program. 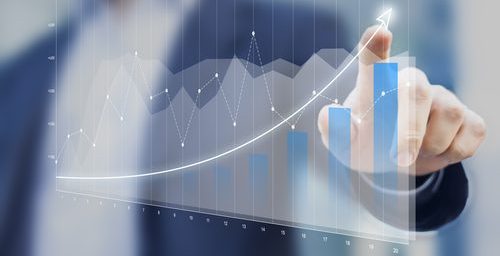 Revenue from sale of points

Frequent flyer programs add significant value to the airlines that employ them. Although companies are not required to disclose the revenue generated by their loyalty programs, we can get a sense of the magnitude of this value by examining the revenue recorded for the sale of miles to co-branded credit card or other partners.

International companies tend not to share the revenue related to the sale of miles. However, Air China does publish member contribution information.

The percent of total revenue attributable to frequent flyer members for Air China falls within the range of the loyalty program contribution we observed in the hospitality industry. Loyalty program members generate a large portion of these companies’ revenues.

However, we still don’t have the full picture of the value of these loyalty programs. Instead of looking at these historical revenue numbers, a more complete picture would require an understanding of the expected future revenue from members, net of expected future cost, and how the loyalty program has increased this expectation over time. This metric is called customer future value (CFV), and the sum of CFV across all members is known as member equity. Unfortunately, this is not something that is often calculated, but can be extremely valuable to managing and optimizing the frequent flyer program.

Numbers on airline loyalty program membership is scarce, and current data for US companies is not readily available. However, several international airlines share member count, which is roughly correlated with company revenue.

On the other hand, most US airlines do share information on award redemptions. These redemptions include flight awards, hotels, and other perks. The table below shows that the quantity of award redemptions appears to align with company revenue levels, and that, with the exception of Southwest Airlines, award travel generally makes up between 5% to 8% of total passenger revenue miles.

Selling miles can be a great revenue generator for airlines, with revenues reaching several billion dollars for the largest carriers. But the value of a loyalty program doesn’t stop there. Frequent flyer programs present a mechanism to influence millions of customers and, consequently, millions, or even billions, of dollars in future purchases. Companies that don’t harness this mechanism to maximize those future purchases using predictive metrics like customer future value and customer potential value are missing out on an enormous opportunity.

Driving customer engagement through loyalty programs leads to a backlog of redeemable miles, points, and rewards. These redeemable rewards can drive significant growth in both revenue and brand loyalty.

When looking at financial statements, this backlog of redeemable points is represented as deferred revenue, or loyalty program liability. The account value represents potential performance obligations in exchange for future customer point redemption.

In general, loyalty program liability increases along with total company revenue. The table above shows that the US airlines appear to follow this pattern.

For airlines headquartered outside the US, the correlation between loyalty program liability and total revenue doesn’t appear to be quite as strong.

This could be driven by the lower maturity of international frequent flyer programs. While the first US loyalty program was established in 1981, European airlines didn’t introduce loyalty programs until 1991.

A key metric for any loyalty program is breakage. Accurately forecasting your breakage rate is essential to maintain financial statement credibility, and avoid material impacts to net income.

While there is no reporting requirement for breakage rates, two US airlines of significantly varying revenues reported an average rate of 17 – 18%.

This suggests that nearly 1 in 5 airline loyalty points will not be redeemed. However, given the small sample size, it’s unclear if this is representative of the entire industry.

In both cases, errors in breakage estimation can result in revised financial statements and material impacts to earnings. Understandably so, companies report their sensitivities.

Only a few international airlines report sensitivities. Among those that do, a 1% change in breakage estimate will result in a 1% to 3% change in liability.

Loyalty program liability can be split into current and non-current time periods.

US airlines show an inclination towards more redemptions occurring outside a 12-month window. On average, 59% of their program liability is non-current.

The picture isn’t quite as clear with international airlines. Several airlines group their entire liability into one bucket. On average, the split between current and non-current liability among the remaining airlines is about 44%/56%.

Most US airlines require activity within an 18 to 24-month period; otherwise points expire. Two exceptions are Delta and JetBlue.

United Airlines customers redeem the majority of points within 4 years, with most points used within the first year, and 18% of points ultimately expire. Among JetBlue customers, most points are redeemed within 3 years.

International airlines expiration policies are diverse. Most commonly, points expire after 18 to 36 months of inactivity. Several airlines have a strict expiration timeline where points will simply expire as early as 36 months, or as late as 60 months from earning date.

Expiration policies among international airlines may be converging closer to the standards of US airlines, however. In recent years, Avianca and Virgin Australia have reduced their expiration period from 24-months and 36-months of inactivity to 12-months and 24-months, respectively.

Effective as of December 2017, ASC 606 drove major revenue recognition changes for US airlines. Many airlines that were following an incremental cost model had to reassess their program liabilities with the deferred revenue model.

As a result, program liabilities increased across most airlines – primarily due to changing valuation models. Both United and Delta Airlines already followed a deferred revenue model. While United had very little change in liability numbers, Delta Airlines revalued and reallocated revenue categories to be consistent with the new standard.

While many US companies experienced substantial liability increases as a result of ASC 606, international airlines didn’t see quite as significant a change under IFRS 15. Most experienced merely a reclassification of revenue, and many had no substantial change in reporting at all.

Copa and Virgin Australia both utilized a residual value model and shifted to valuing performance obligations at the relative stand-alone selling price. As a result, Copa realized a 9% increase in liabilities.

Similarly for Avios, the impact of assessing the stand-alone selling prices of the individual performance obligations has resulted in a greater portion of revenue being deferred on issuance, because the stand-alone selling price of the points was higher than the fair value applied under IFRIC 13. As a result of deferring more revenue, Avios experienced a material impact of 399 million EUR to retained earnings.

Air New Zealand will present NZ IFRS 15’s impact on its financial statements for year ending 30 June 2019. Net impact is not expected to be material, but revenue will be reclassified from “other revenue” to “passenger revenue.”

Finally, Qantas Airways will change revenue recognition timing, as well as temporary earnings reductions. For Qantas, AASB 15 (Australia’s equivalent to IFRS 15) provides new guidance for points that are expected to expire unredeemed, which results in revenue being recognized earlier than under current accounting standards.

Frequent flyer programs have a material financial footprint on the balance sheet, with the largest programs tying up several billion dollars in deferred revenue. But these liability amounts are based on estimates, and small estimation errors can drive income impacts of tens of millions of dollars.

Furthermore, for the average airline, over 40% of these liabilities will be recognized within the next twelve months. This can create a potential cash flow challenge if many of the redemptions are for partner rewards. On the other hand, over 50% of these liabilities won’t be recognized for twelve months. Financially savvy frequent flyer programs can use the free cash flow created by this delayed fulfillment to invest in the program or other assets to generate additional value.

Finally, while these liabilities are substantial, it is important to place them in the appropriate context. Focusing on the costs in isolation is suboptimal and will result in suboptimal business decisions. It is critical to remember that the value generated by rewarding customer loyalty can be massive and will almost always outweigh the cost.

The best metric to truly assess a loyalty program is customer future value, which considers both the cost and the benefit of giving rewards. Unfortunately, this metric is not often calculated, and it's certainly not disclosed in financial statements.

Applying these insights to your program 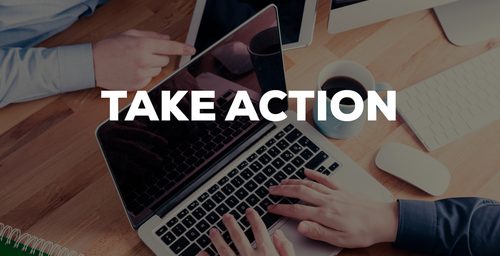 A clear takeaway from this look at publicly available financial statements is that the cost of these loyalty programs is substantial, with liabilities capable of reaching billions of dollars. Even a small change in breakage estimates can drive an income impact of tens of millions of dollars. Given the financial materiality, it is essential that stakeholders have confidence in the deferred revenue balances on the books.

Perhaps the most important takeaway, though, is that loyalty programs generate a tremendous amount of value. For many companies, the marketing revenue accrued from selling points can be considerable, upwards of several billion dollars. In addition, significant revenue is generated through the sale of flight tickets to members – for Air China nearly half of its revenue came from program members.

What this means is that a loyalty program represents a massive lever to drive financial value, influencing millions or even billions of dollars in future purchases. Unfortunately, effectively using the program to drive this value can be difficult without the proper analytics. For most companies, the program liability is a very visible metric, but the marginal revenue received for holding this liability is less tangible. This can often lead to a focus on cost minimization rather than value maximization.

A full picture of the value of your loyalty program includes projections of future revenues net of future costs, also known as customer future value. KYROS Insights builds tools to make it easy to quantify customer future value, allowing you to properly assess cost-benefit trade-offs and ultimately make decisions to unlock the untapped financial value in your loyalty program.

An Inside Look at Loyalty Program Benchmarks for the Hospitality Industry

Loyalty Program Liability Budgeting: How to Build a Financial Forecast